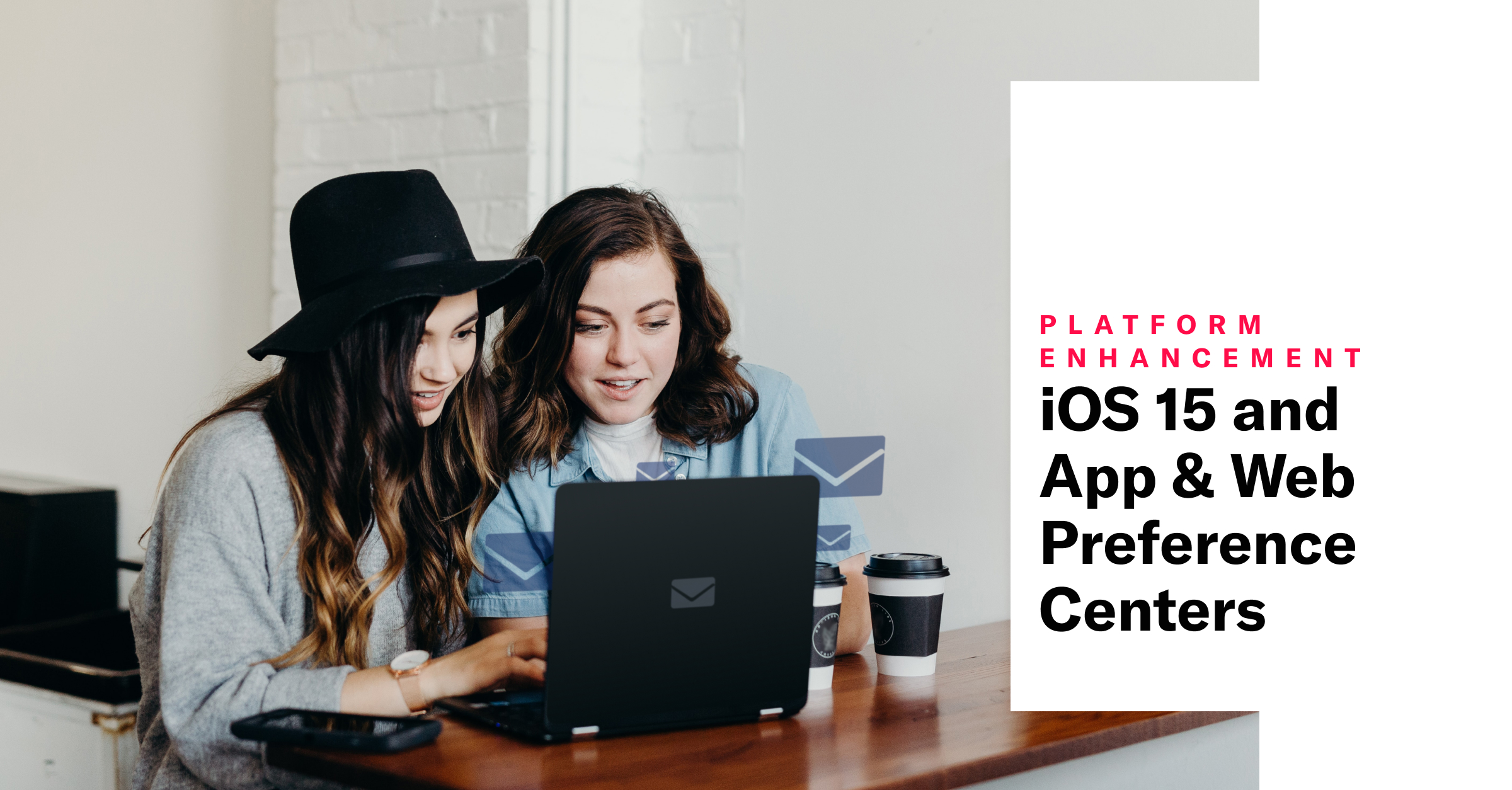 If you were hoping we would release updates and features for iOS 15, preference centers, and subscription lists all in the same day, well, you’re going to be pretty happy with us.

Along with SDK updates for iOS 15 functionality, we added Relevance score and Interruption levels for your push notifications. These two features are related to Apple’s Notification summary and Focus options. See their iOS 15 preview  for more information.

With iOS 15, you can determine the degree of interruption a user experiences from a push notification. Each level has a different impact on the user’s experience, depending on their Focus settings. These give you more fine-grained control over how your notifications are delivered to your users. The four options are:

The relevance score is one of multiple factors used by Apple to determine which push notifications are featured more prominently within the new iOS 15 feature Notification summary. The default is 0, and you can set a score from 1-10 in the dashboard or 0-1, by tenths, in the API.

As with interruption level, in the dashboard you set a relevance score in the Delivery step of the Message, Automation, A/B Test, and Journey composers. See: Optional features: Relevance score.

See our iOS Getting Started guide if you are installing the SDK for the first time. If you are upgrading from a previous version of our SDK, see our Migration guide . See also: iOS Changelog .

We added additional channel support to subscription lists, which are Audience ListsMessaging recipient groups based on either your own data or automatically-generated app user lifecycle information. You can use audience lists to target specific users. of opted-in users, as well as new ways you can use them within Airship:

You can also include subscription lists in segments, target them directly in a message and use them in a preference center.

You design the appearance of app and web preference centers in the Settings section of your Airship project. Once you are finished, you need only provide your developer with the preference center ID to implement the center in your app or site.

In addition to directing users to a preference center through app and website navigation, you can:

After the preference center has been added to your app or website, you can change the design in the Airship dashboard at any time. Your saved edits are published in real time, no developer work required.